The most important thing on my mind after Neil and I decided that we could not live together, was that I had to find a job! The daily journey to Marandellas abattoir, where I had been working, was long and impractical, with no chance of a lift from Dad, who was still working in Salisbury, which was in the opposite direction! If I got a job in Salisbury, we could share the trip and avoid the expense of two cars in constant use. I spoke to Dr Abrey, a vet for whom we had worked in Raffingora and he offered me a job as receptionist at his  practice in Salisbury. His partnership with two other vets, Dr Wright and Dr Sugden, was extremely busy and I found that I was spending, (much to my delight), a lot of time helping in the theatre with operations. My laboratory knowledge from the days with Dr Condy came in very useful and soon I was doing a lot of the laboratory work as well! 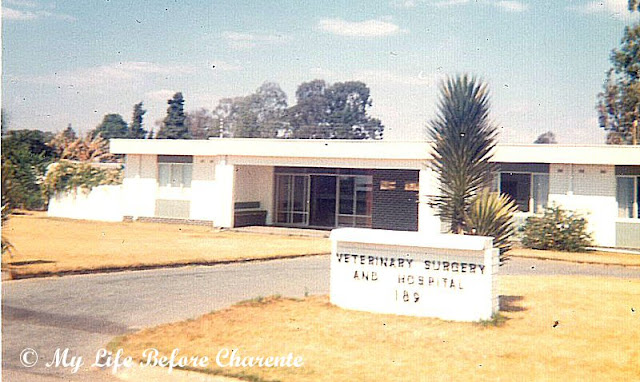 The veterinary surgery.  This photo must have been taken in winter (the dry season in Rhodesia) as in summer, the grass would have been green!

After six months I was asked if I would like to move in and live at the surgery, and I would then also be on call for any night visits as well. I jumped at the idea, so  two rooms, which had originally been a rest room and kitchen for the staff, were converted into a bedsitter for me, complete with shower and toilet. Outside, I was told I could put up some metal fencing to form an enclosure for my cat and Rocky, my great dane. Mum and Dad helped me with all the work, and we planted grass and made a small garden.  I had a large kennel that I could put the cats into if necessary, and soon after, with a litter of kittens on the way, the kennel solved a number of issues.   It was very comfy living for me and I soon settled into a routine with work literally on the door step! 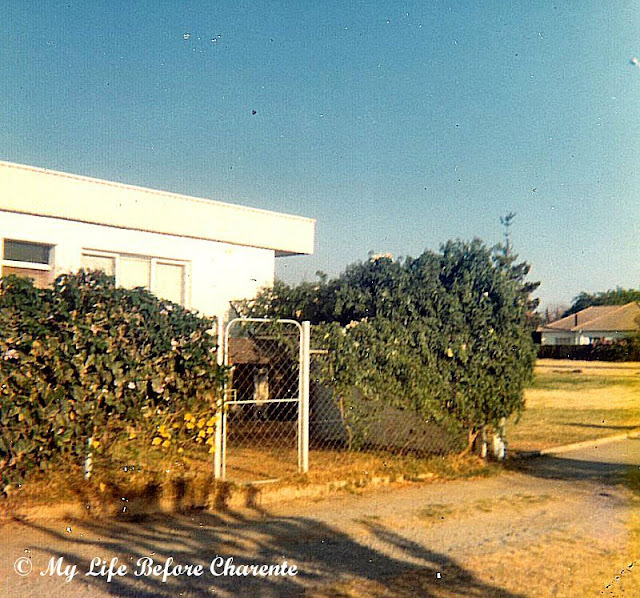 The fence we put up, with a fast growing creeper that gave me some privacy. 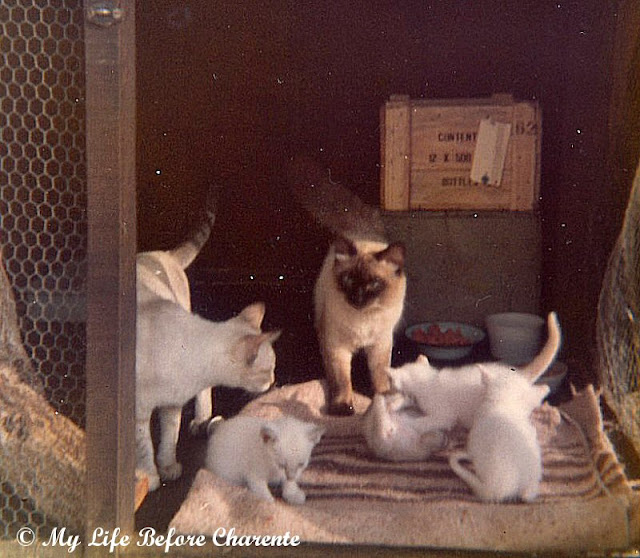 Whimsy, my lynx point on the left, and Sooty my chocolate point in the centre, with their kittens. 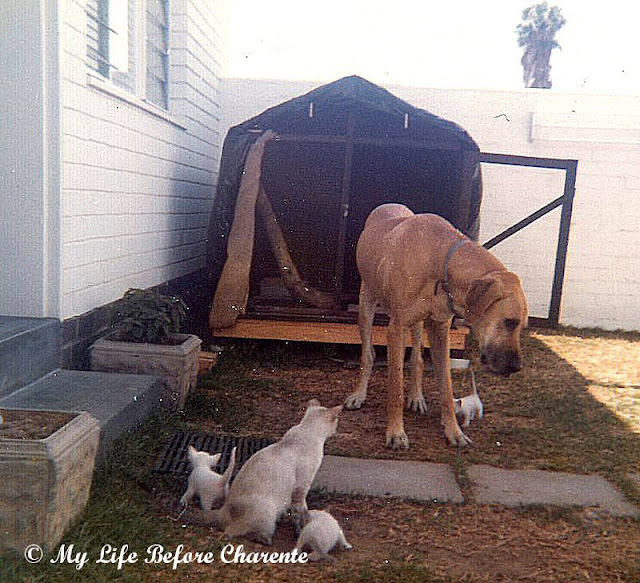 Rocky, my great dane, taking care not to step on the tiny kittens! 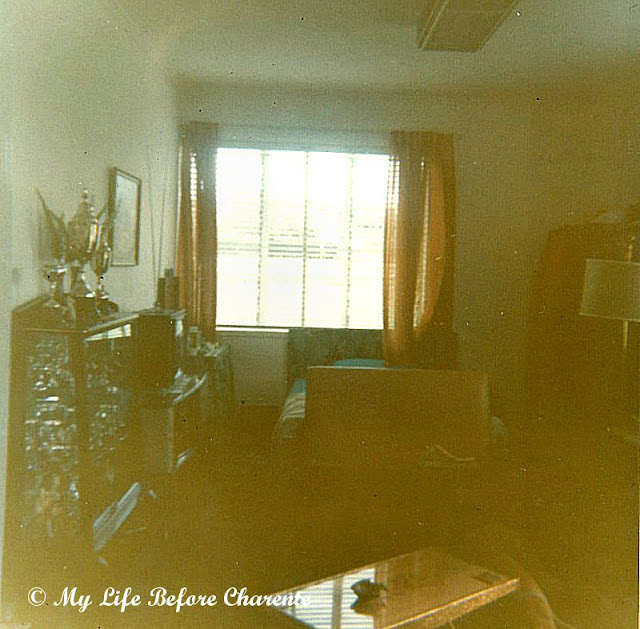 Inside my little flat, bed under the window, sitting area and dining at the end from which the photo is taken. Further behind that was a small kitchen.
Apologies for the photo quality, but it was taken with a Brownie box camera, all I owned!


I thoroughly enjoyed my job, living on the premises and I found many of the night calls  very interesting. Generally, the vet on duty would take these calls and if he thought it necessary for the animal to be admitted, he would phone me and I would assess the animal when it arrived at the surgery. I reported back by phone to the vet, who would prescribe the treatment I was to give where the ailment was not severe. However, for serious cases where immediate professional treatment could not be delayed until the following day, the vet would come in, and I would help with the work. Other than car accidents or giving birth, most cases were able to last through to the following day, thus saving many trips for the vets into the surgery at night.

I would have dearly loved to have taken up animal nursing in a serious way, but Dr Wright looked into the procedure for me, and discovered that at the time, the only place I could train was in England and that was out of the question! Nowadays, there are many universities where one can gain the qualification, and one would certainly have to be qualified today to do the job I was then doing, not only because of liability and insurance issues. 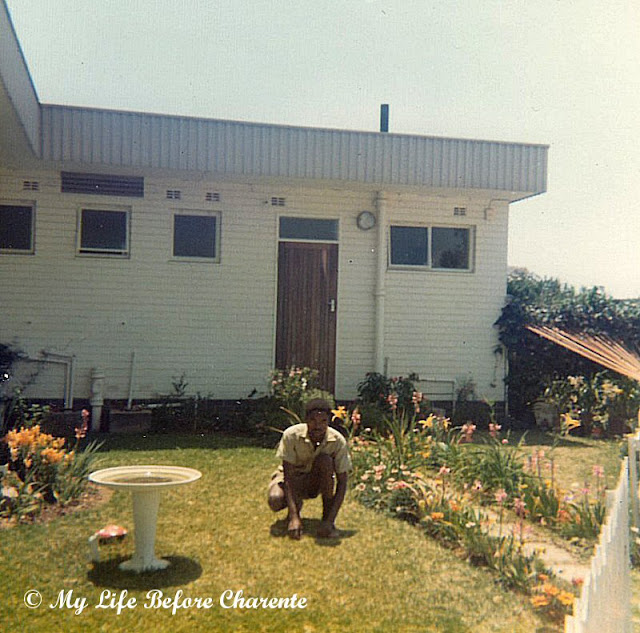 Matius, one of the surgery workers earning some extra money weeding my little garden!  To the far right of the path there were orchids under cover, and on the far left, beyond the bird bath, was  a small fish pond. 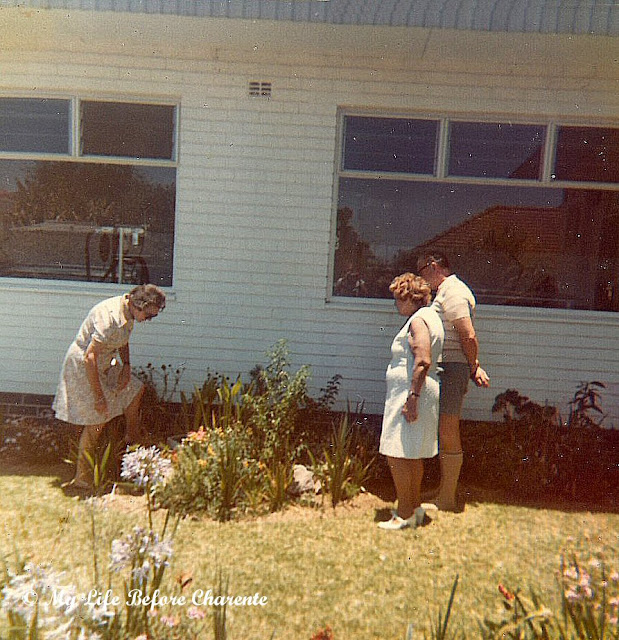 My Mum on the left with my father and my godmother, who was visiting from the UK.  They were watching the fish in the pond.  Beyond them are the large windows from the two operating rooms.  How lucky it was, and thanks to me, they had a much improved view! 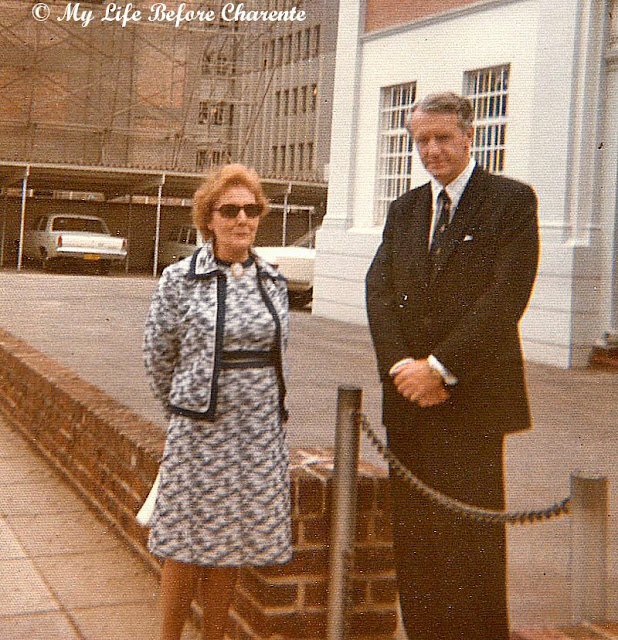 My godmother who was so delighted to get to meet Ian Smith, the Rhodesian prime minister at the time. A very proud moment for her!

During this period, I still went to the race track a couple of mornings a week to keep up my riding, and of course I always had time off on Saturday afternoon, when our weekly horse racing was held. On most Sundays, I spent the day out at my parents' smallholding at Ruwa, but by arrangement with the vet practice, I stayed home at nights, so that I was in a position to take any emergency calls.

Early in 1976, Rocky, who was by then 13 years old, an excellent age for  that breed, came down with leukaemia. Dr Wright did all he could for him and I am sure his life was extended by several months, but finally his age and the leukaemia took its hold, so before he suffered too badly he was put to sleep. It was a huge loss for me as he had been my constant companion over the last 12 and a half years.