Moving house twice and things not working out quite as planned.

In 1970, our neighbours Neville and Wendy moved on to a bigger farm nearby, so we then moved into their house, which had more room. This however turned out to be for a pretty short period, as towards the end of 1971, my father-in-law bought a horse stud, combined with a dairy farm at Marandellas. This decision was made especially with Neil in mind to run it. We therefore left the farm at Raffingora to take up residence in Marandellas, 50 miles (80 km) to the south-east of Salisbury. 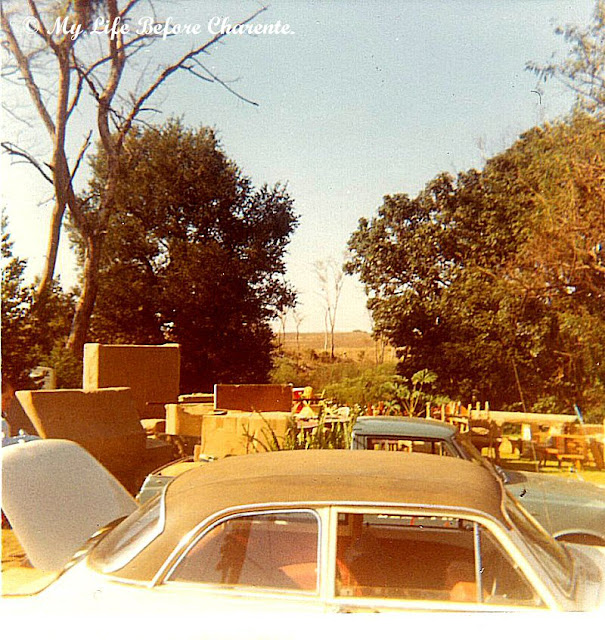 All our furniture spread over the garden waiting for loading. 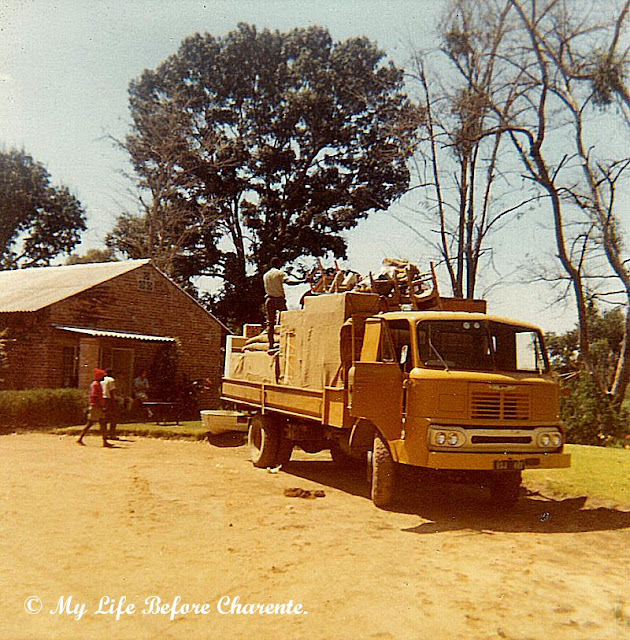 Finally all was loaded on the farm truck.  It just fitted!!  Luckily we had good weather. 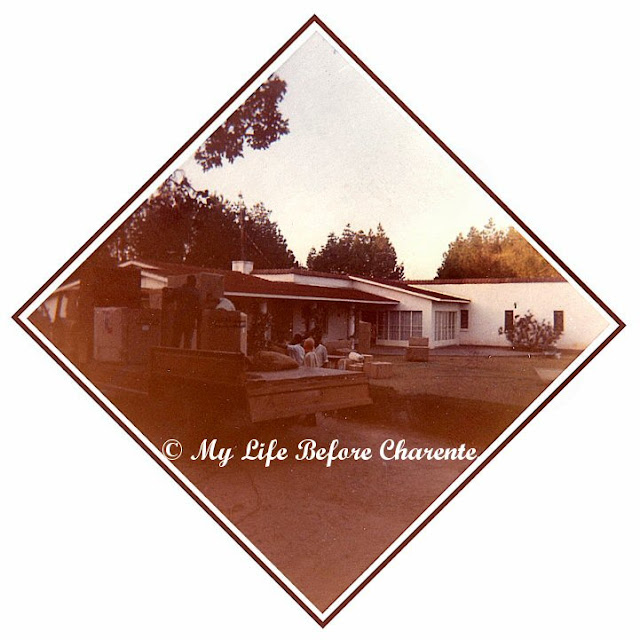 Our new home at Marandellas. with the guys unloading the truck. Who knew that I would be blogging 45 years later and that diamond format photos are not easy to work with!!

Neil took out his trainer’s license for horse racing soon after arrival in Marandellas, and looked after the Stud and the race horses. Meanwhile, I became the ‘dairy farmer’. When I could, I used to ride work on the horses, but the dairy was time consuming and its hours mostly clashed with the times when the horses were being exercised.

Not long after arriving at Marandellas, I acquired a part-time job as receptionist at the Marandellas abbatoir. The part-time status somehow increased to become full-time , so my days became very full seeing to the dairy in the early mornings and evenings, and then doing the receptionist job all day!

In 1972 my parents left their Borrowdale home where Dad trained his horses. They bought a smallholding of 20 acres with a house and small cottage called Brackenhurst at Ruwa. My father built stables and accommodation for the stable lads, and everyone, plus horses, moved lock stock and barrel. Ruwa was halfway  between Marandellas and Salisbury so it was very convenient for us to pop in and see them. 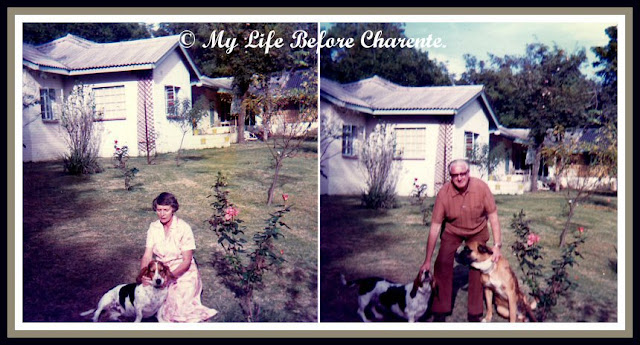 Mum and Dad at their new home in Ruwa, Mum with Fredricka the basset and my Dad with a rescue dog, Bernie, that never really did settle into family life!

Opposite Brackenhurst, across the farm road, was another trainer with a sand training track. Dad was offered full use of it for his own horses and that suited him very well. The agreement was that Dad would keep the track in working condition and he would have free use of it. I think that he really enjoyed his trips out on the tractor each day, levelling off the track after use; a very stress free exercise!


In 1973 Neil and I were finding living together was not easy and in July we sadly got divorced and I moved into the cottage at Brackenhurst. Our lawyer commented that he wished all divorces were as easy as ours; we simply agreed on everything! Unfortunately, although we were good friends and still remain so, marriage together was obviously not for us. Three years that I have no regrets over, but it was time to start life anew.