Another life change - a new job and then promotion!

The five years that I spent working at the surgery were very happy and enjoyable;  however, I decided to bring this to an end as a result of an offer of a job by the manager of one of the local veterinary drug companies. The Farmers Co-op had a very large veterinary department and the drug company wanted a representative working there. It was a great opportunity for a new challenge and I was finally employed late in 1977 by both organisations on a 50/50 shared basis, the Co-op paying my salary and the drug company taking a commission on the sales. 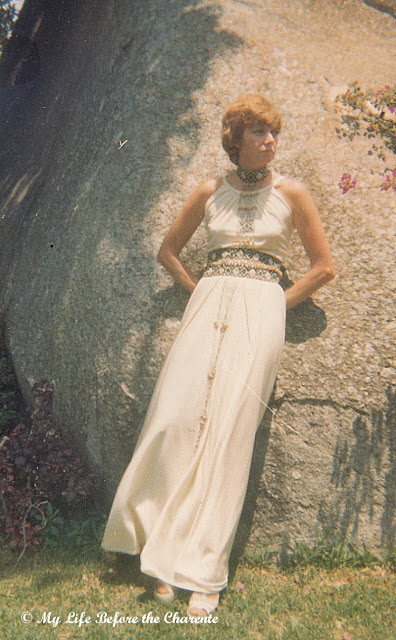 Myself taken at my folks home in Ruwa. 1976.  This was my all time favourite  evening dress with an African bead work decoration, the latter still in my possession!

This change of job meant, of course, that I had to move out of the surgery flat and I was on the search for somewhere else to live. The cottage out at Brackenhurst with my folks was still an option, but I really wanted something in Salisbury and closer to work. I finally found a delightful single storey two bedroom town house with its own small garden, for rent in the suburb of Greendale, not very far from the Co-op  There was also a car port and an outdoor enclosed area, which was suitable for my cats. By that time, their number had risen to three! A highly bred female lynx point, a non-registered male seal point and lastly to join the family was a Persian colour point. 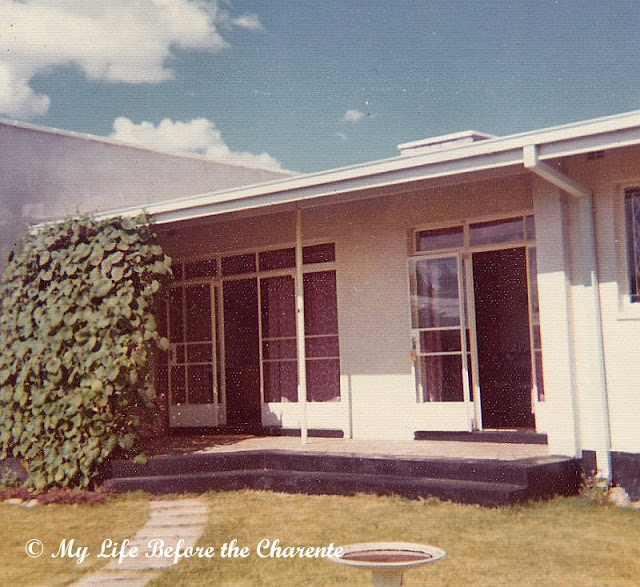 No 3 Rosena Park, Greendale.  The front overlooking the garden... 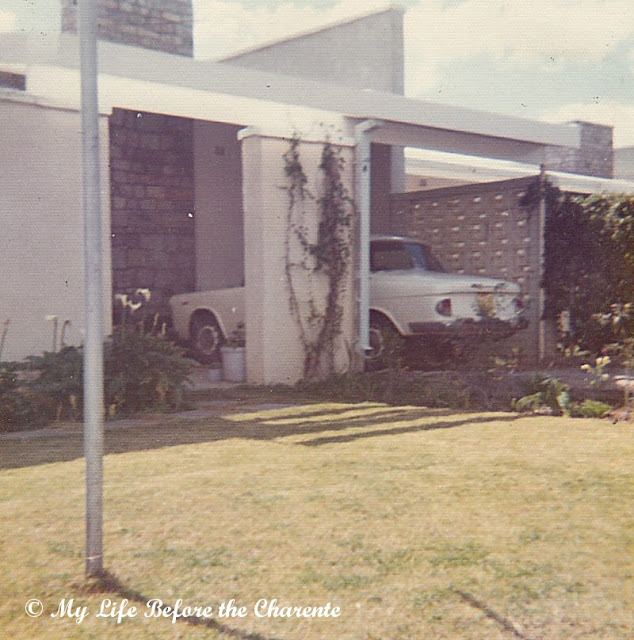 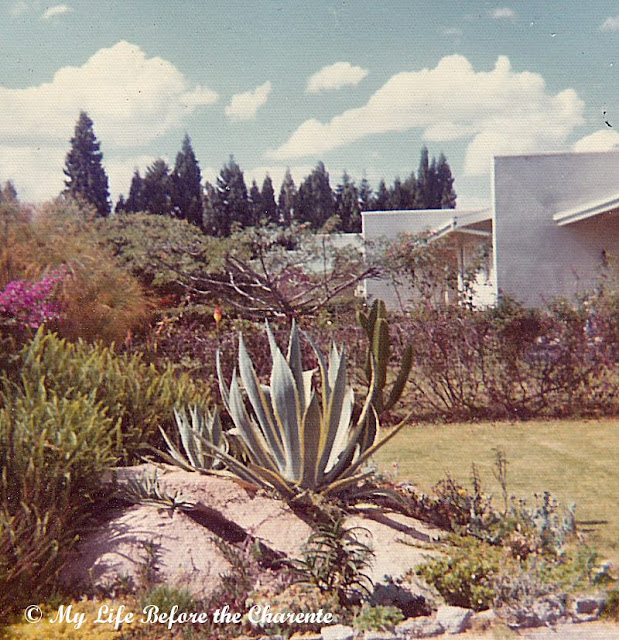 and the garden, with its typical southern African planting.

Work at the Co-op proved to be great fun and I made many very good friends among the farming community, who did most of their shopping there. At the end of my first year, the manager of the veterinary department retired and I was offered the job! However, this would mean that I would have to become wholly a Co-op employee and the drug company arrangement would fall away. I went into the situation very carefully and decided that I would be better off employed by the Co-op, but the work load would increase by quite a lot. Not only would I be in charge of the veterinary side of the Co-op, but also the agricultural chemicals and fertilisers used for soil treatment by the farmers. Unfortunately, the major increase in the range of products I had to deal with meant I spent a lot of time with administration in the office and so missed much of the personal over-the-counter contact I had had with the customers.

By this time, I was doing very little riding other than at the weekends when I would go out to my folks, but Saturday afternoons were still spent helping at the race course, both with my Dad and the staff at Borrowdale Stud, with whom I had kept in touch with throughout. My life had pretty much developed into a set routine and the next couple of years were fairly undramatic. 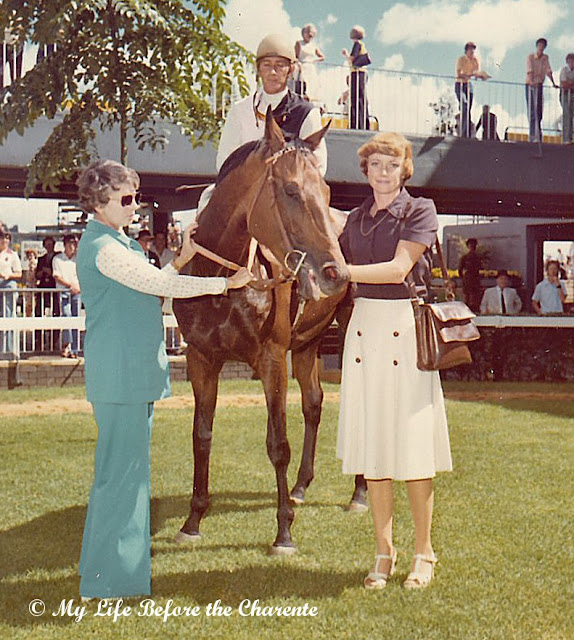 Mum and I leading in Merrylegs with jockey Jimmy Anderson to the winner's enclosure at Borrowdale Park. 1977 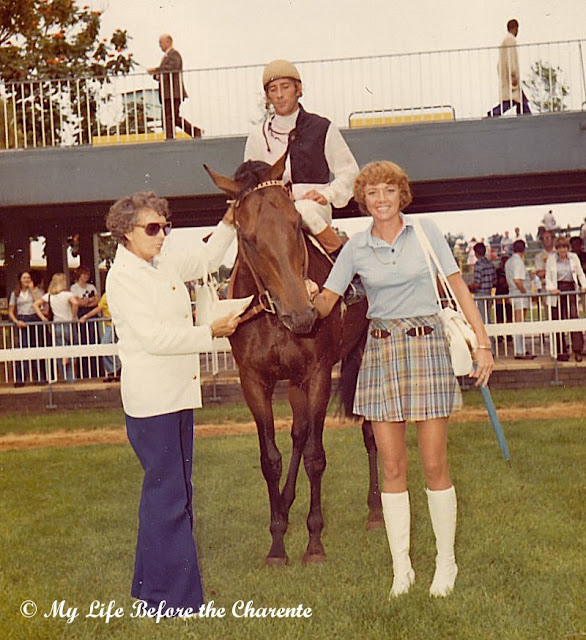 As above on a different day.  Note the skirt change in length and the white boots of that era!! 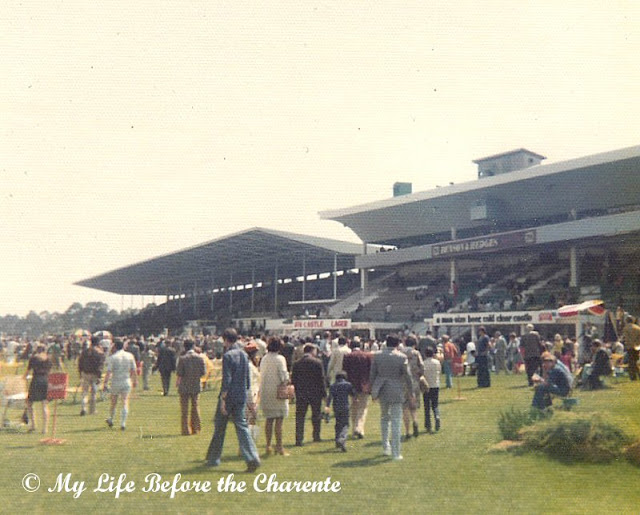 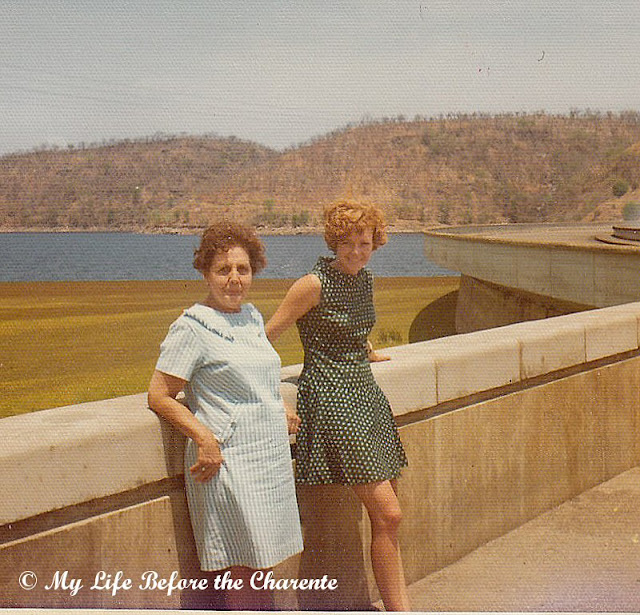 My godmother and I at the Kariba dam wall on one of her several visits to Rhodesia.