At the beginning of 1965, I left my job at Borrowdale Stud. I decided that maybe it was time I did some ‘real’ work and earned a sensible salary!

After an interview with the director of Veterinary Research Services, (who I had met through the racing world), I was offered the job of assistant/secretary to a Dr MacLeod. The man was apparently impossible to work with and was going through staff at a rate of knots, some lasting no longer than half a day! I knew with my complete lack of office experience, I was going to have my work cut out. However, if I wanted to prove my worth, I was going to have to grin and bear it! What a tyrant he turned out to be, but he quickly found that he had encountered someone who was not going to burst into tears, was willing to learn and could give back as quick an answer to his rude comments as he was likely to get!  After the first month, I was called into the director’s office, given a raise in salary and told that they were more than happy with the way I was getting on.

I used to go to the race track most mornings before work to ride the race horses in training, and then in the evenings I came home to school and train the show jumpers. Meanwhile Hy-Li-Li had given birth to a filly we named Rising High. 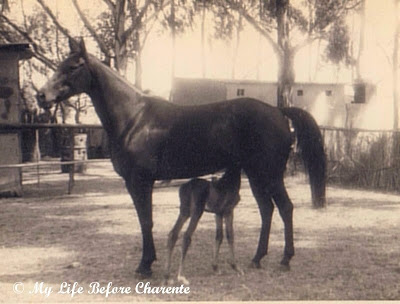 She was not the prettiest of foals, to say the least of it, and with a very odd shaped forehead, we all wondered if she had a problem. Our fears were allayed by the time she was 6 months old and ready for weaning, as she had really been the ugly duckling who had by then turned into a swan! 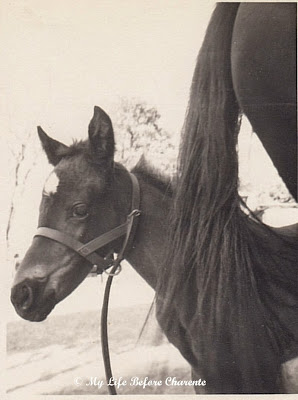 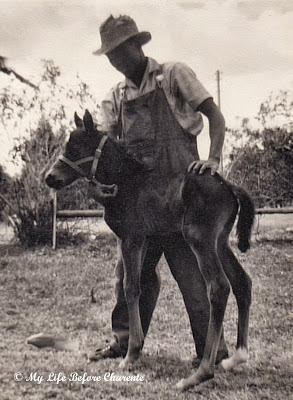 With one of our grooms.

During the year, I had an offer for my top show jumper Mr Smith. We felt we could not refuse, as he was certainly not getting any younger, and my time was limited now that I was in a full time job and did not have the freedom of the past 5 years working at the Stud.  Kubla Khan was by then more than ready to take over from him in the show jumping world, and so at this stage I was back to only one show jumper. National Anthem was never going to be a jumper;  he was though a great horse to hack out on and use for the occasional showing class.  Hy-Li-Li was back in foal again and ready to be Mum once more.

At the end of 1965, Dr MacLeod was relocated back to the UK and I was offered the job as receptionist at the Vet Research Laboratory. Wow, I had to use one of those old switchboards with plugs and wires in all directions; things have changed a lot over the years!  I had become acquainted with Dr Condy who was the Wild Life Research Officer. I asked him if there was an opportunity to work as his assistant, as the current incumbent was due to leave in the not too distant future. I was told that if I was prepared to  study hard, take and pass the technician’s exams, the job was mine. After nearly nine months on reception, a lot of hard work reading, learning and writing exams, I then managed to join the Wild Life department and John Condy, whose work was mainly in the field and not in the office. 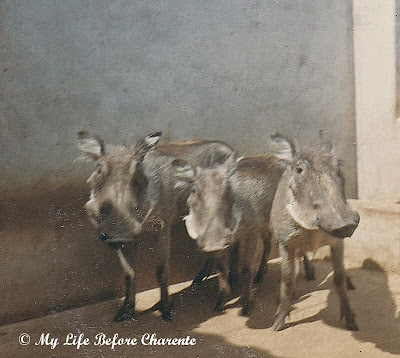 Three young warthog bred at the Vet Research Laboratory.
The animals were well looked after and none were ever hurt in experimental work.


Working on Reception though was never dull, and one of my highlights of that time was when our Prime Minister Mr Ian Smith used to come in and collect his vaccines for the cattle on his farm. He was keen on racing and I had met him on a couple of occasions in the parade ring at Borrowdale race course. While waiting for his vaccines to be packed and ready, he generally came and chatted to me about the horses and how racing was going. What a lovely gentleman he was.  I doubt if there are many Prime Ministers who were as down to earth as he was, and not a security guard in sight! 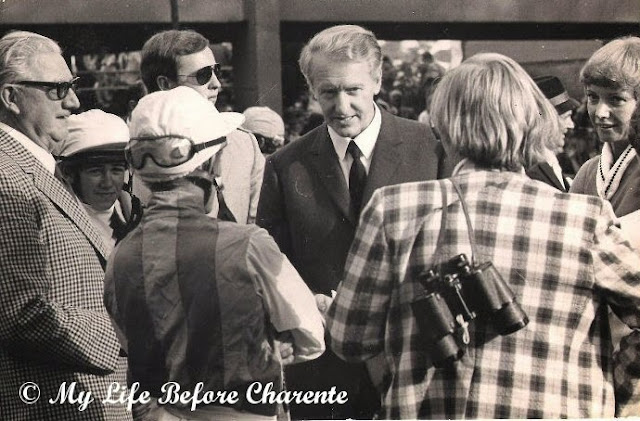 Prime Minister Ian Smith in the centre facing the camera, my Dad on the left and myself far right. 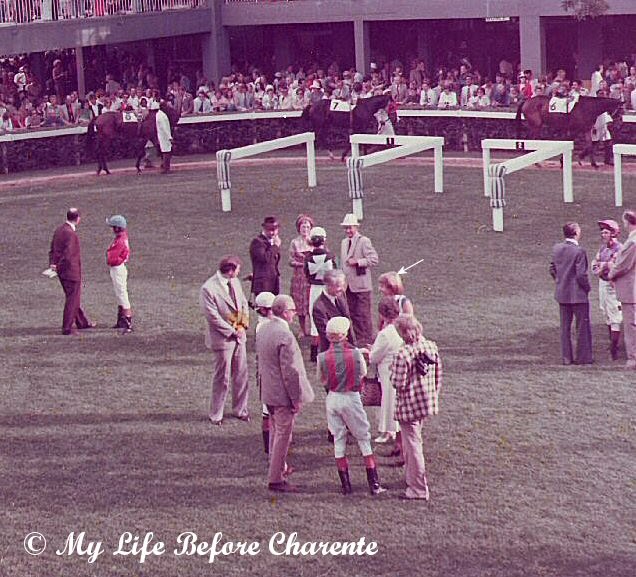 Ian Smith talking to me (see arrow) at the race course. My Mum in white just in front of me

Dr John Condy was very involved in Foot and Mouth Disease work and this was particularly interesting. We collected many samples from wild life and would send them by air for testing in the UK. My main enjoyment for working with him though, was his interest in falconry, which took up a lot of after-hours training. By this time, I was trying to fit in the race track in the early morning, falconry during the lunch hour, plus a couple of evenings a week, and of course there was still Kubla Khan to exercise, and sorting out what shows I could manage to fit into my then busy schedule!

At times, there were two to three falcons on the go plus the odd goshawk, and when Dr Condy had to travel around the country, I was invariably left to look after all his birds of prey. I had an excellent training in managing and looking after the birds, and I loved every minute of it. The birds seemed very content and appeared to enjoy their training as much as we did. Falconry is a licensed sport in South Africa and the USA, but strangely enough, no licence is currently required in the UK so it seems! 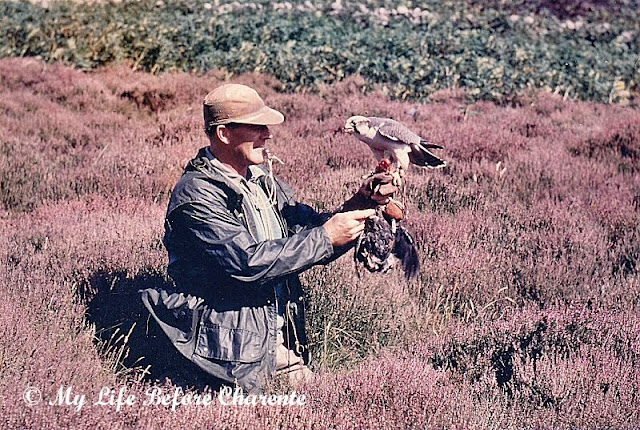 John Condy with Sasha, a peregrine falcon. She has just caught a grouse, which, as you can see, is bigger than herself! 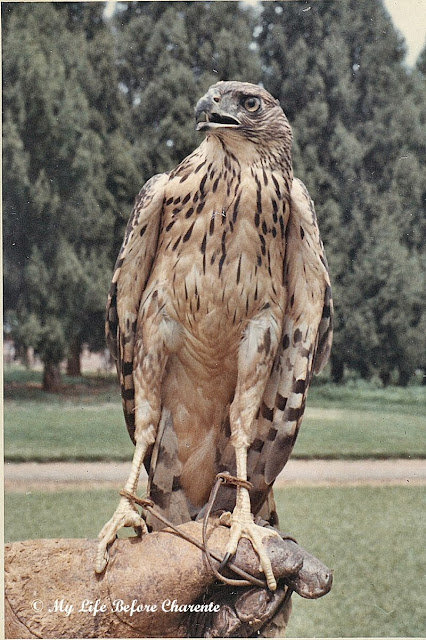