Rocky becomes a new member of our family.

For my 21st birthday, my parents bought me a Great Dane, who we named Rocky. He had been bred by our local veterinary surgeon and at the time was about 9 months old. I went to the surgery to meet him, and found him lying happily in front of the fire with a litter of Chihuahuas playing happily on him, climbing back and forth over the top of his back and belly. He seemed more than happy to jump into my car when brought outside and we became instant companions. He was very protective and seldom left my side. When in the car, nobody dared to come close as he sounded a bit like a lion in full roar; not even my friends who he knew well would take the chance of going near the car if he was in it! 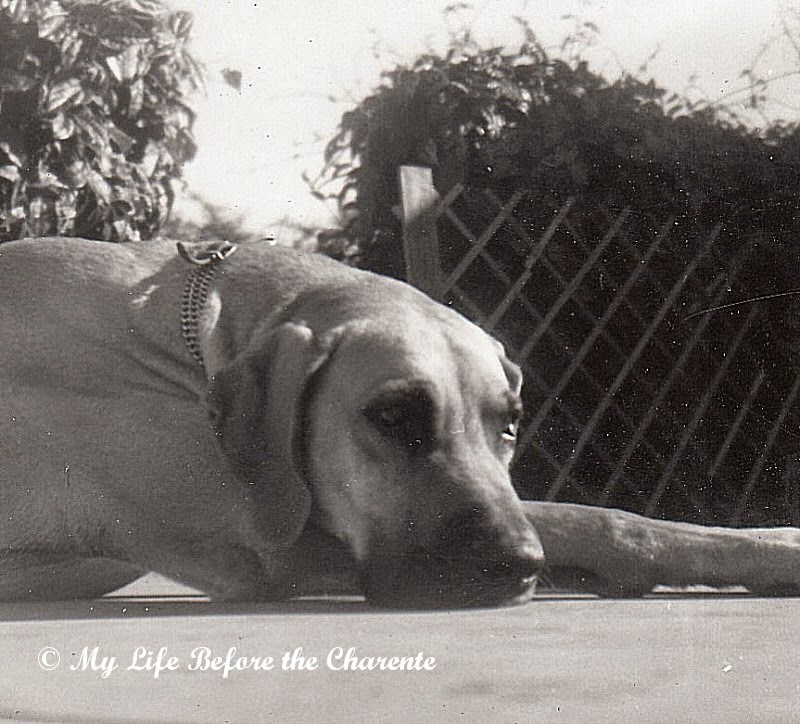 At the same time I changed to a double bed, as Rocky decided that there was no doubt about where he was going to sleep and that was on my bed! Very little room was left for me on my original single bed. The door to my bedroom led to the outside, so it was ideal that not only could he be by my side but he was also in a position to guard the comings and goings in the garden area surrounding the house. 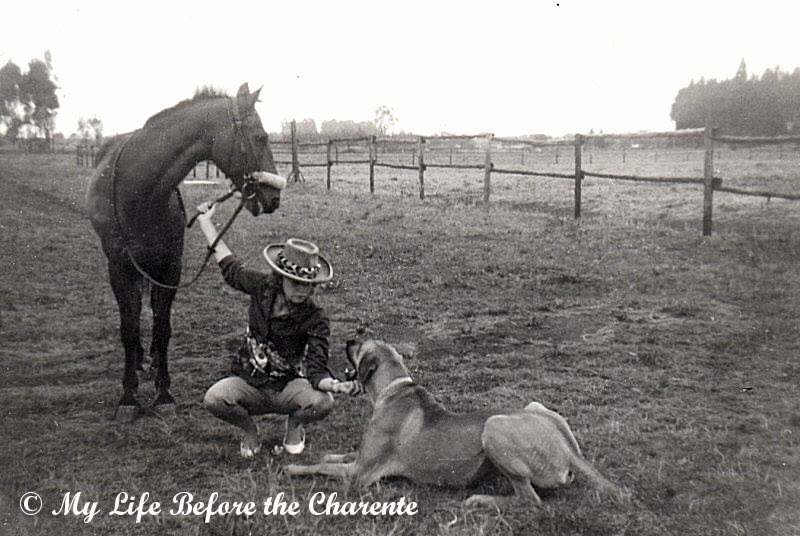 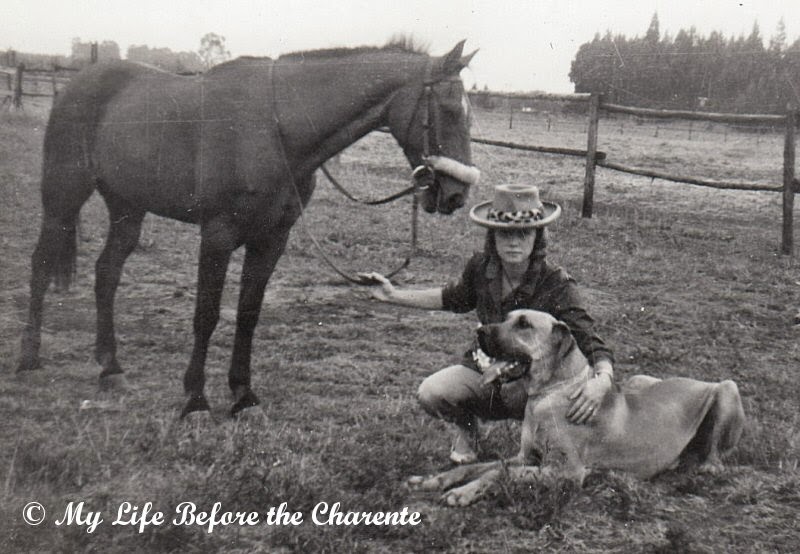 Seems they are happy in each others' company

Not too long after Rocky joined the family, I went to see Neil at the farm. While on the road, I passed a family who were obviously going on holiday with their caravan, but their vehicle had broken down. On passing I realised there were small children there, so as I had Rocky in the back I reversed back to see if I could help in any way. The father asked if I could take him to the next town where he hoped to find someone who could help him, so I said jump in and I would take him with me. While talking to the parents, Rocky was unusually quiet but as soon as I had an unknown passenger in the car, a low growl started in the back. I spoke to Rocky and told him to calm down, but I saw my passenger stiffen and freeze into position. It was  a trip of only about 5 miles and I have seldom seen anybody get out of a car so quickly with garbled thanks when we arrived at our destination! Hopefully the poor man found some help fairly quickly so his family could resume their travels. 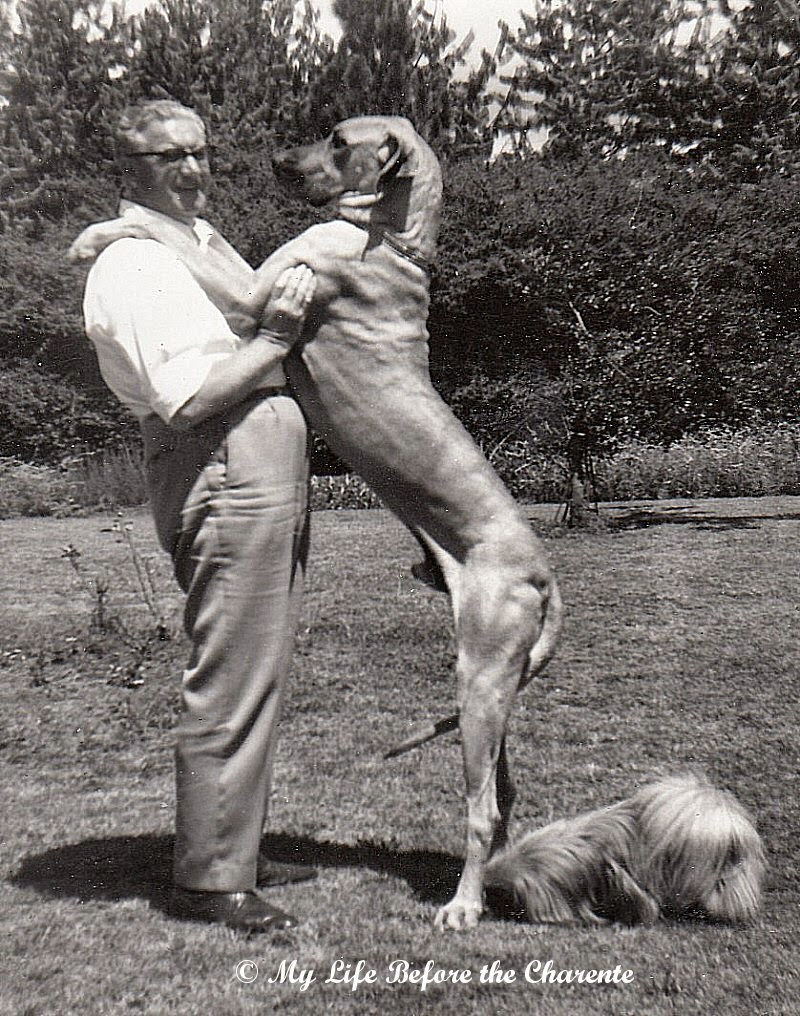 My Dad with Rocky.  Dad was just on 6ft (1.83 metres) so this gives an idea of how big Rocky was.  The Pekingese at the bottom is a dog that I was given when the owners returned to the UK.  He  also thought he was the boss and Rocky had a lot of respect for the snappy little fellow! 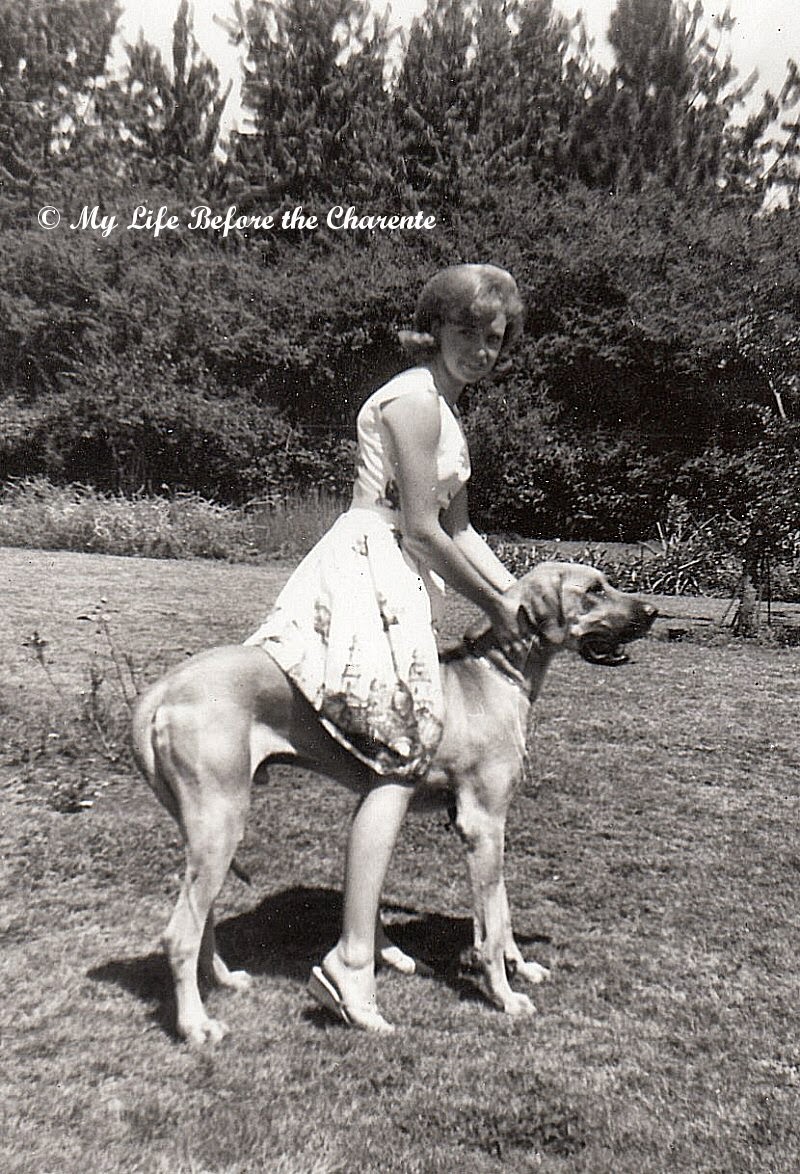 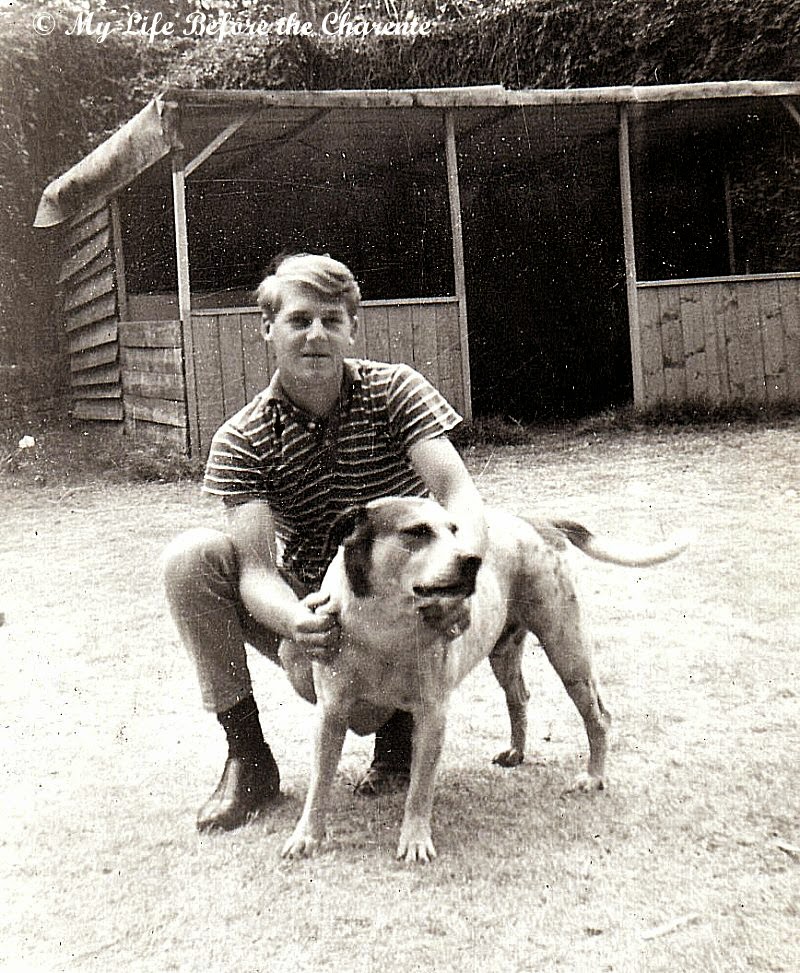 Neil with Bits the dog that his family owned.  Bits was quite a character and was frightened of thunder.  He always took refuge in the bath of all places. You had to remember not to leave the washing in soak in the bath if there was a storm around!!