In 1956 I started senior school, and became a founder member at Arundel, which was a very prestigious private school on the outskirts of Salisbury. During the first year, I became friendly with a girl in my class who also rode; her father, who was a judge, helped enormously with the pony club as well. Although the whole family eventually moved to the UK while my friend was in her late teens, we are still very good friends to this day.   As far as I can remember, the school consisted of only 60 girls in the first year it opened. Most of us were in the first two senior forms (I and II), but a  6th form girl  was head girl. We all started out in one room in one of the boarding houses, as the classrooms were not quite finished, but a week or so later, we made our way to our new classrooms and school work began in earnest. The sports fields and swimming pool were very soon all finished and sport became a very important component of the school curriculum. I was a member of the netball and swimming teams, but I hated hockey and I was absolutely useless at tennis! 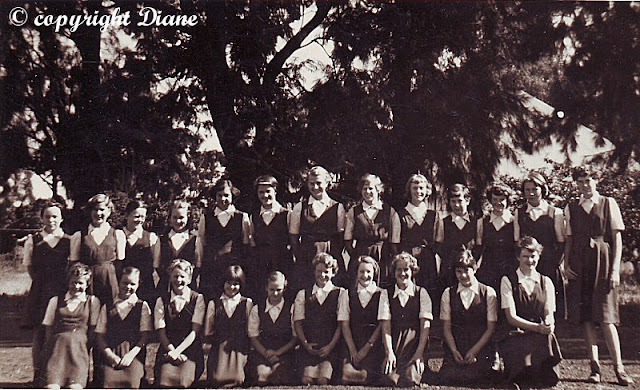 Some of the girls from the first day at school. I am 5th from the right, kneeling in the front row.
I have recently discovered that two of the girls that started out with me there are now living in France!  One lives here permanently and the other splits her time between the UK and France.  We all met up earlier this year and had a great reunion. 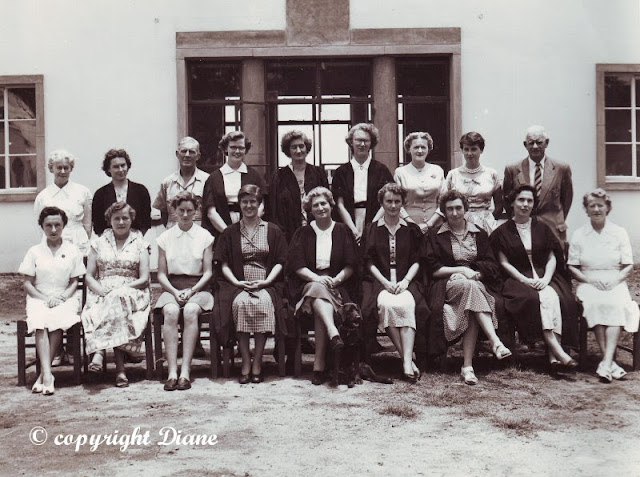 A staff photo soon after the school opened.  Many I remember well; some because I really liked them, but a couple because I could not stand them!!


My pony Dusky’s first show was at Gatooma in July 1957 and he surprised us all by winning his very first jumping event; he had four second places and one third in the gymkhana events. I was so proud of him and his training had obviously paid off!  Gatooma was in an area called the "midlands" of Rhodesia and a large horse show was held there, alongside the annual agricultural show. During the year, there were always a couple of horse shows there, combined with  race meetings which ran over a whole weekend. A team of Lewisham Riding School riders always used to go down and we stayed on the farm owned by the local butcher. I remember he had a couple of semi-tame zebra there which we tried unsuccessfully to ride on one occasion!  Sadly I do not seem to have photos of of this escapade! 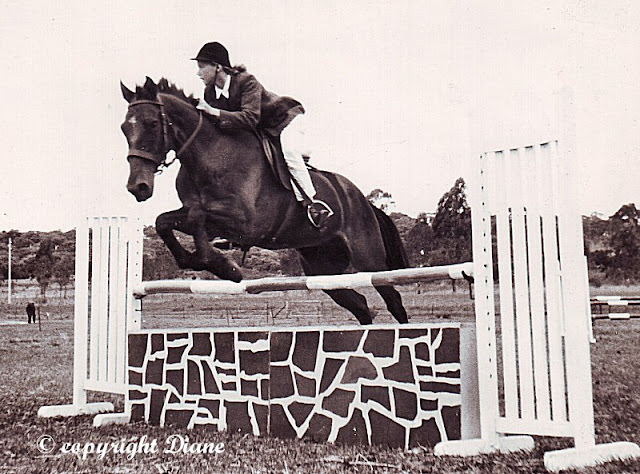 Dusky and me in 1957 at Lewisham Riding School on Parents Day.  I remember at the time being told this was a good photo, as I was already looking ahead to the next fence off to the right!  Dusky can be seen growing out his mane here; this had been clipped off when we bought him. The practice of clipping resulted from there being so many ticks  around farmsteads; also polo players  preferred not to have mane in the way while they were playing!

In August 1957, Mary Adams took a team of horses and riders down to the Rand Show in Johannesburg. Dusky was not up to this standard yet, so he stayed at home, while I took Judy the piebald as my mount. The show was fairly successful with our riding school members getting a number of places, but no wins. It was a major experience for all of us, as the competition was of a very high standard. 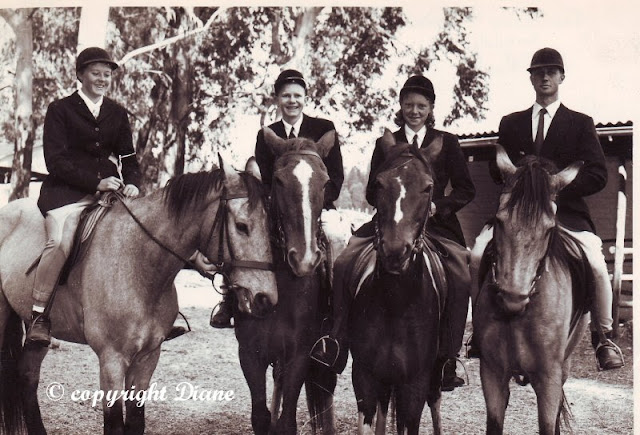 Rosemary, Clive, myself on Judy and Ray on Santa Fe.  Ray was tragically killed by a truck on the road, while out taking a ride at his mother's riding school some years later.

On the way north back home, we all drove  through the Kruger National Park, so we had a holiday as well. On my return, I had the worst possible news waiting for me. While I was away, Mum had in fact phoned Mary Adams with  some terrible news, but it was decided that nothing would be gained from upsetting me  and the news could wait for my return. David had been killed in a car accident on 29 August and he had already been buried by the time I got back to Salisbury. I was devastated by this and I still feel as if part of my own life has been taken away from me. He had so much still to give, and we had so many happy years removed from our futures. I can only think how terrible it must have been for my parents, especially Mum, to have lost a son when he was only 21. 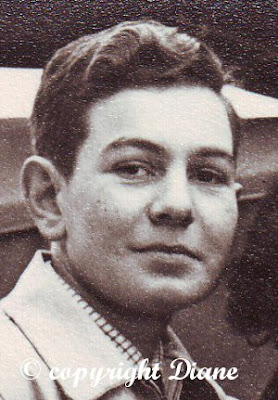 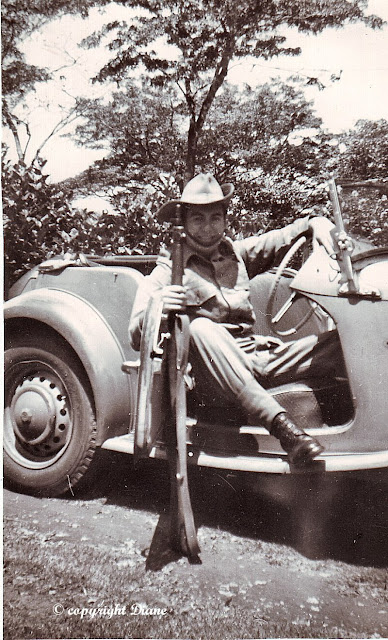 David 1956 in his prized MG during his army call up period. 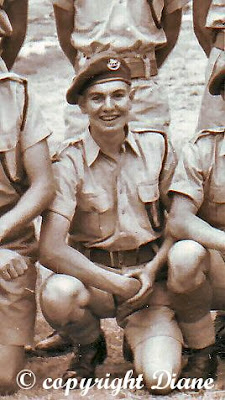 A smiling David during his army call up period.
R.I.P