A holiday in Mauritius.

At the end of my last post on this blog (over one year ago!), I said that I had no photos of my home in Johannesburg, or of the horse hospital where I was then working. While looking for photos of Mauritius, I came across a few of the horse hospital, and a picture of the outside of the block of flats, into which I first moved  when I went to Johannesburg. Here they are, just to keep you up to date with the story so far. 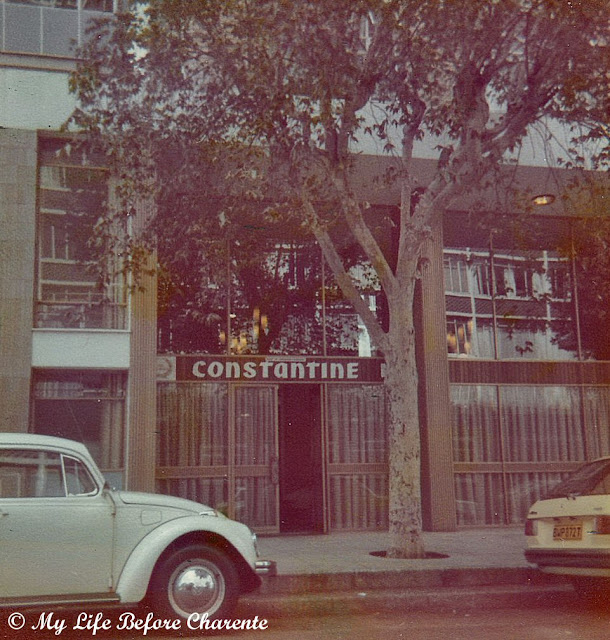 Constantine Apartments, where I first stayed in Hillbrow, a densely populated suburb just to the north-east of the CBD. As I said in the previous post, even then it was not a particularly desirable area, and I was glad to move out after 6 months! 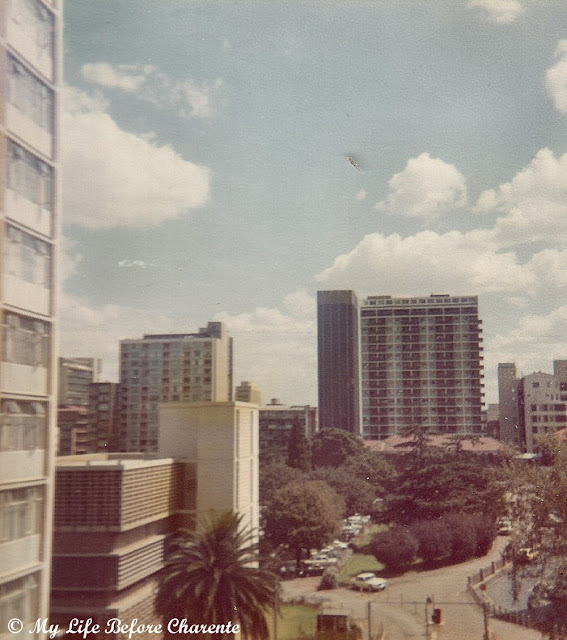 One of the views I had of the concrete jungle where I started out my new life in South Africa. 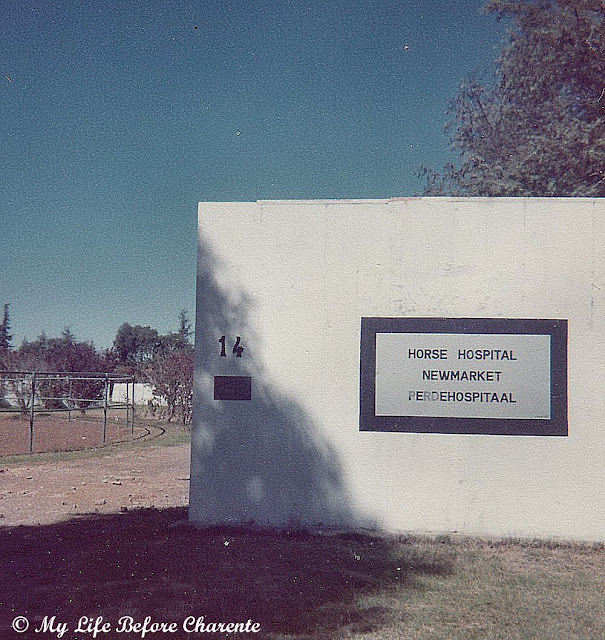 The gateway into the horse hospital where I was then working. 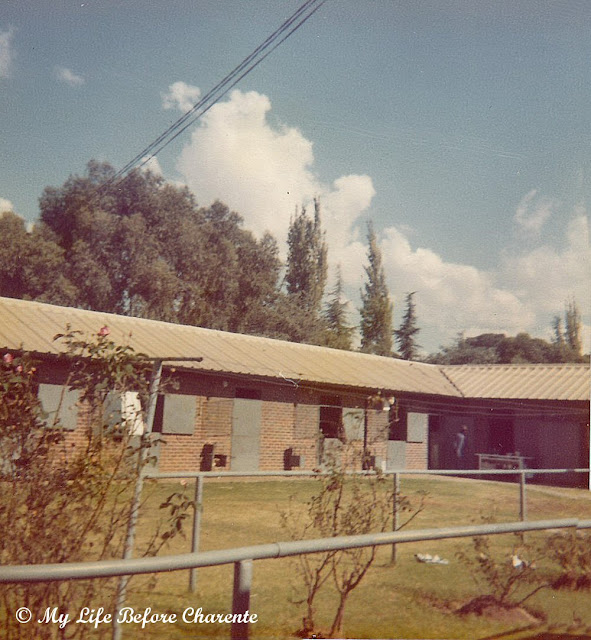 Some of the stables where the horses were hospitalised. 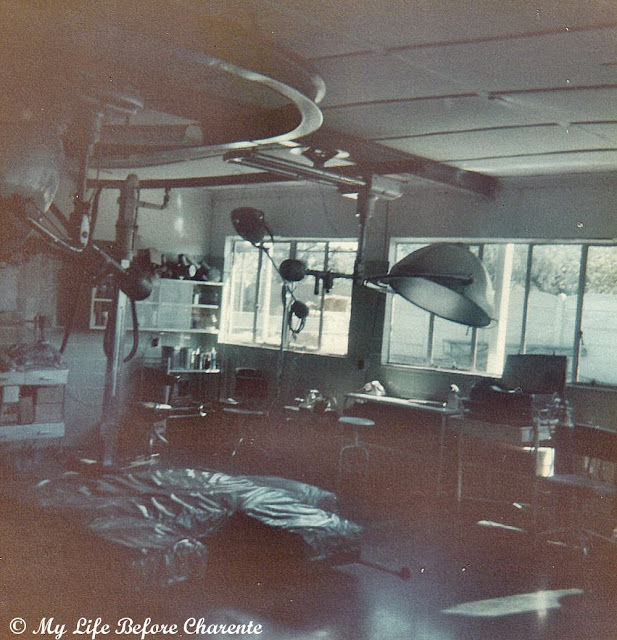 Contunuing with the next part of my story.....

In 1980, I had decided that I would like a really good holiday, so I planned a trip to Mauritius in the Indian Ocean in February 1981 for 8 days. Meanwhile in January of the same year while at work I had a phone call from a man called Nigel, who had just arrived from the UK. He had quite a strong Somerset accent, or so it seemed to me at the time, and I had some difficulty in understanding him! He had apparently been given my phone number by a cousin of my Mum's and was from Bath. I thought that I had better do something about my social life, so I invited him for a meal. We were instantly good friends and a couple of weeks later, he took me  to the airport for my Mauritian holiday.

What a wonderful holiday I had! We had a bit of an upset on the outward flight, as when landing in Durban en route, everyone was told there had been a phone call and a bomb might be on board! The plane was emptied and all luggage removed, and which we in turn had to go and identify. Several hours later, after a thorough check, we were allowed back on board and we continued the trip to Mauritius.


On arrival there, the hotel had a car waiting for me and I was duly transported to the Peninsula Hotel, a lovely place sited, of course, on a peninsula on the south-east coast (!), not too far from the airport.  I was soon ushered into the dining room, as they were worried that, with the plane's late arrival, I would miss my evening meal. All went well until I ordered lychees for my dessert; I soon started coughing badly, as an errant fruit decided to take a trip down my windpipe! A young man from a table nearby came over to see if there was anything he could do, and the end result was that I went for a drink with him and his friends afterwards. He was a local and he had two brothers, one of whom was a sugar farmer, and the other was  living in Australia, but at that time he was on the island on holiday. It was arranged that the Australian/Mauritian would pick me up the following day and I would join the family for lunch. It turned out that the family were my constant daily companions for the next 8 days and I was taken to many parts of the island that I would never have seen if I had been alone! In the evenings, I was spoilt by the hotel staff, who put a huge amount of effort into making my stay a happy one, and with their help and one of the South African pilots who was holidaying there, I had very little time to myself. I did manage to find some time to do a little tanning, and I returned back to Johannesburg not only brown, but also fit and healthy from dancing every evening! Nigel duly met me at the airport and took me back to my flat where we made plans to be together the following weekend. 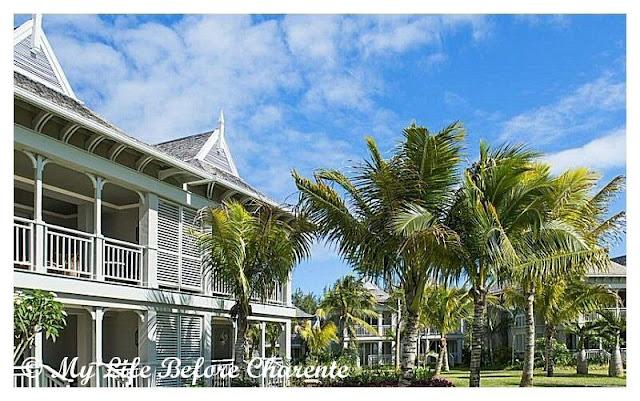 The Peninsula Hotel.  I had a room upstairs with fabulous views.  The weather was perfect, and even in the light rain we occasionally had, it was possible to walk around and enjoy the views and the scenery. 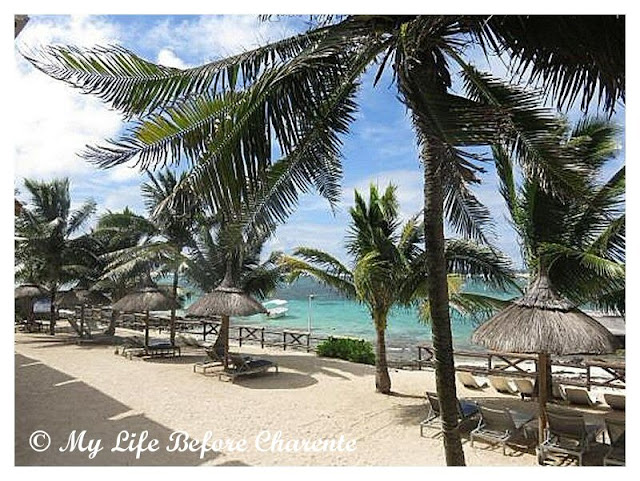 A walk along the beach front. 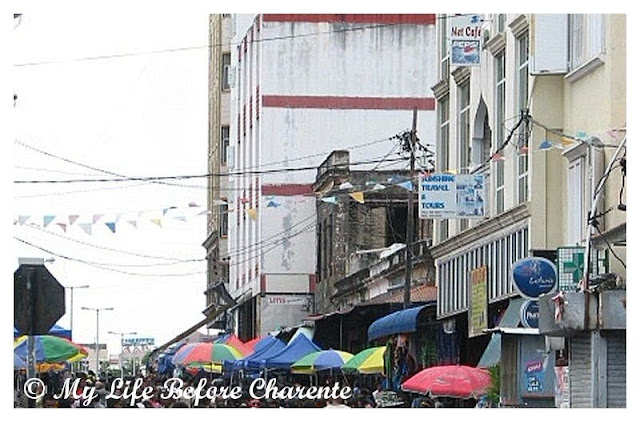 The busy and somewhat untidy streets of Port Louis. Port Louis is the capital city of Mauritius and it's known both for its French colonial architecture (of which I have no photos) and the 19th-century Champ de Mars horse-racing track.   Sadly I never got to see a race meeting there! 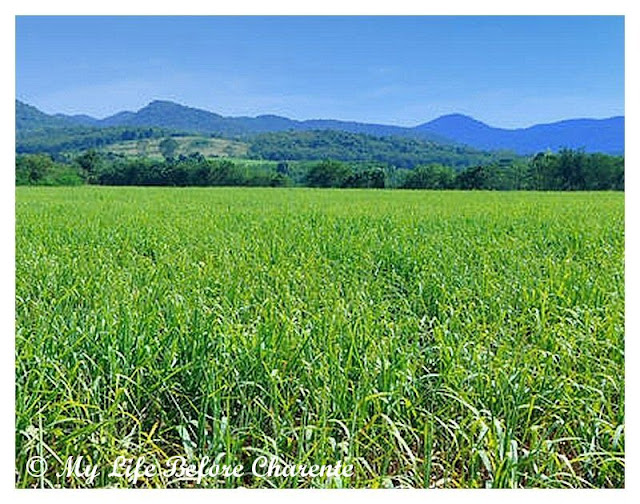 Part of the sugar estate owned by the eldest of the brothers  I met.

Giant water lilies at Pamplemousses Botanical Garden,  leaves of some of which are more than 6 feet wide!
Since this so much has happened, I will update one day!!