The early sixties and nearly the end of my riding career.

During 1962, I had entered National Anthem in a few small shows, and although he seemed to enjoy his jumping, he really did not show very much potential! Nevertheless, he won a few showing classes, but as my interest was mainly in show jumping, I am afraid I did not have the patience or the time to spend hours schooling him at dressage and showing in general.   I did enjoy riding him though and Dad kept him fit and in basic training for me with the string of race horses he was training each day. 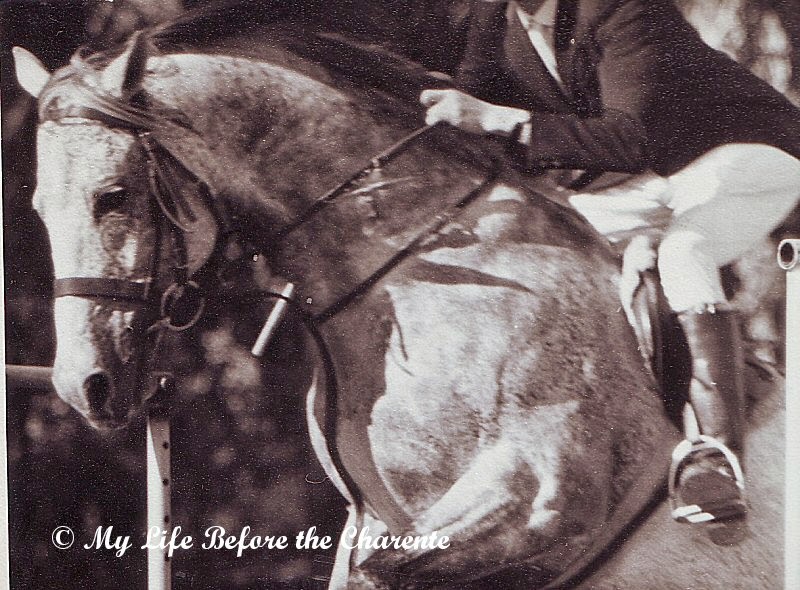 National Anthem above and below. 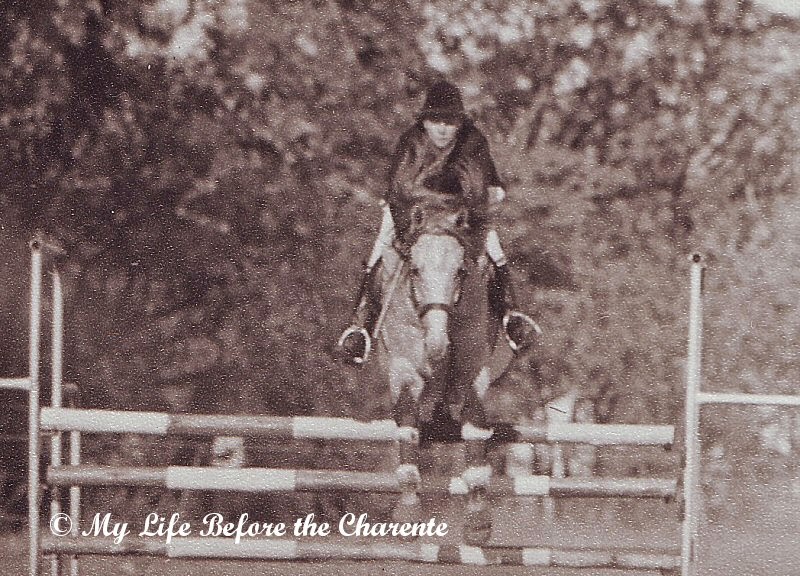 In April 1963, my riding career almost came to an end; when riding a horse called Performance, trained by Jack Perry, in the Rhodesian Grand National, we hit the ground harder than planned at the very first fence! On the approach, we had a horse on either side of us; both of these horses jumped at an angle towards us, squeezing us out, right in front of the fence. We fell heavily and Performance sadly broke his back and was put out of his misery there and then on the race course. I was a little luckier, also with a broken back, but I woke up several days later in hospital in Salisbury. The break was high between the shoulder blades, and finally after a period I was back on my feet again, but with strict instructions that I was not to consider getting on a horse again for at least six months, and it would probably be closer to twelve months. Only after the six month check-up would I know if I could ride again!

To tell me that I cannot do something is like waving a red rag to a bull, and although I have to admit to some pain early on, I was back at work and riding within three months. At my six month check-up, the surgeon said he was pleasantly surprised at how well my back was doing and that the muscles were well built up and giving lots of support. If I liked, I could go out for the occasional quiet hack once more!! I never did admit to him that I had been riding for the past three months and not just hacking, but riding work and show jumping as well! I shudder now at the thought of what I did; if I had taken another tumble during the healing process I could well have spent the remainder of my days in a wheelchair. 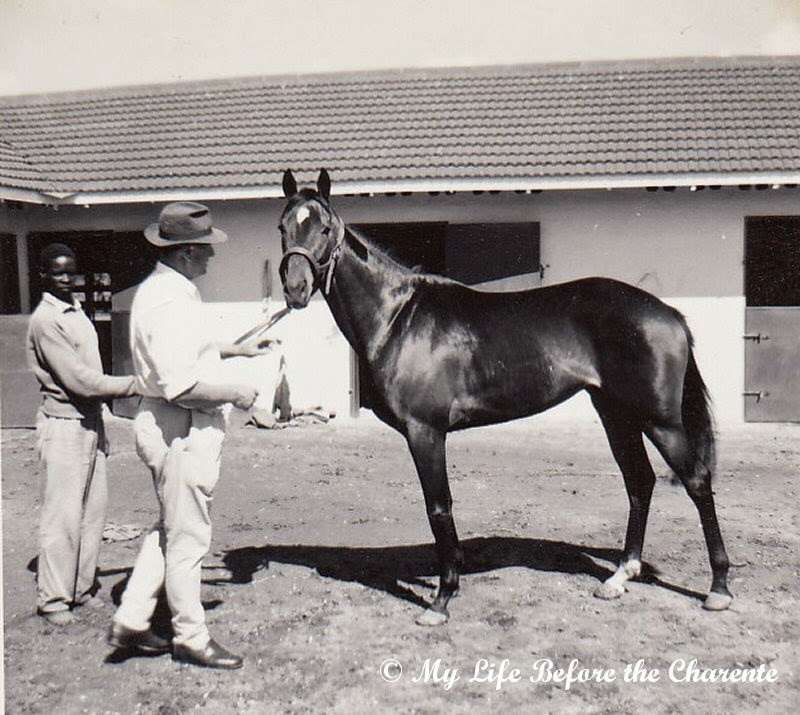 Back at work; my boss Jack Perry, with All's Fair, a filly imported from the U.K.

It was decided during 1963 that Jewel’s Reward would be better schooled and trained to see if he was any good for show jumping. The saying is ‘horses for courses’ and that was exactly what the story was so far as Jewel’s Reward was concerned. At Marandellas, he was a flying machine (see previous post), but at Borrowdale, Salisbury's main race course, he showed little interest at all. So far as I remember, he ran one second place at Borrowdale, in a  field of useless horses! He seemed to enjoy schooling, and I have to admit that I probably enjoyed working with him so far as dressage was concerned, more than any horse I had owned to that date. He was intelligent and although not very big, being about the same height as Hy-Li-Li, he was well muscled and showed great promise. In July 1963, he won Champion Hack, a local horse show event where quality and good manners of the horse are particularly important. He behaved like a perfect gentleman in the ring. Soon after, he  won his first show jumping event, which was a speed event that he flew around, being seconds faster than any other horse in his class! I knew that he was never going to be an outstanding show jumper, his small size being against him, but I could see lots of fun in the future especially where speed events were concerned! 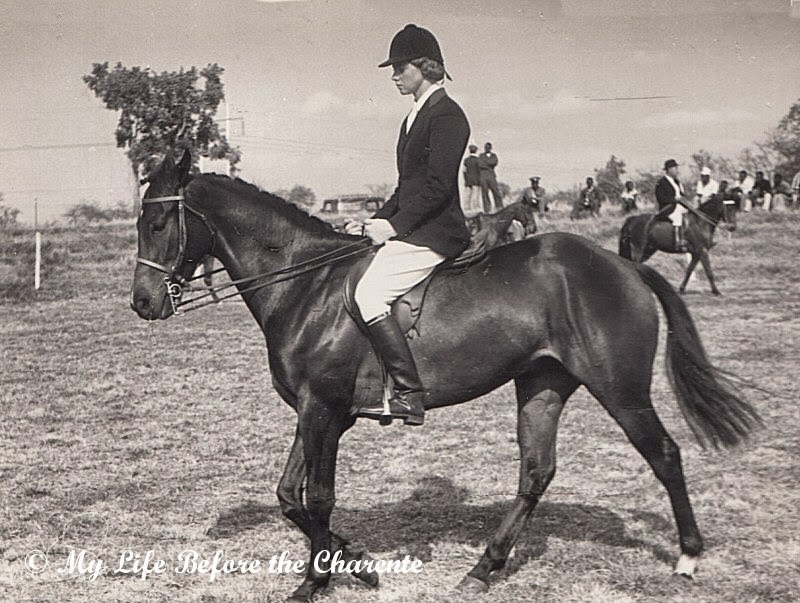 Jewel's Reward with me in training,

During 1963, another horse took my eye, one which had been brought up from Johannesburg by one of the other trainers. His name was Kubla Khan, and he looked to me as if he would make the perfect show jumper, if he had the right temperament! He was beautifully bred, being by Abadan II out of Neural, which made him a half-brother to Migraine, the filly that won the famous Durban July race in the 1950's. I spoke to the trainer and owner, and they promised me if, and when, he came up for sale, I would get first option to buy him! This in fact happened the same year, as he was not showing any promise on the track. So Kubla Khan joined my string of horses right in the middle of the show jumping season! 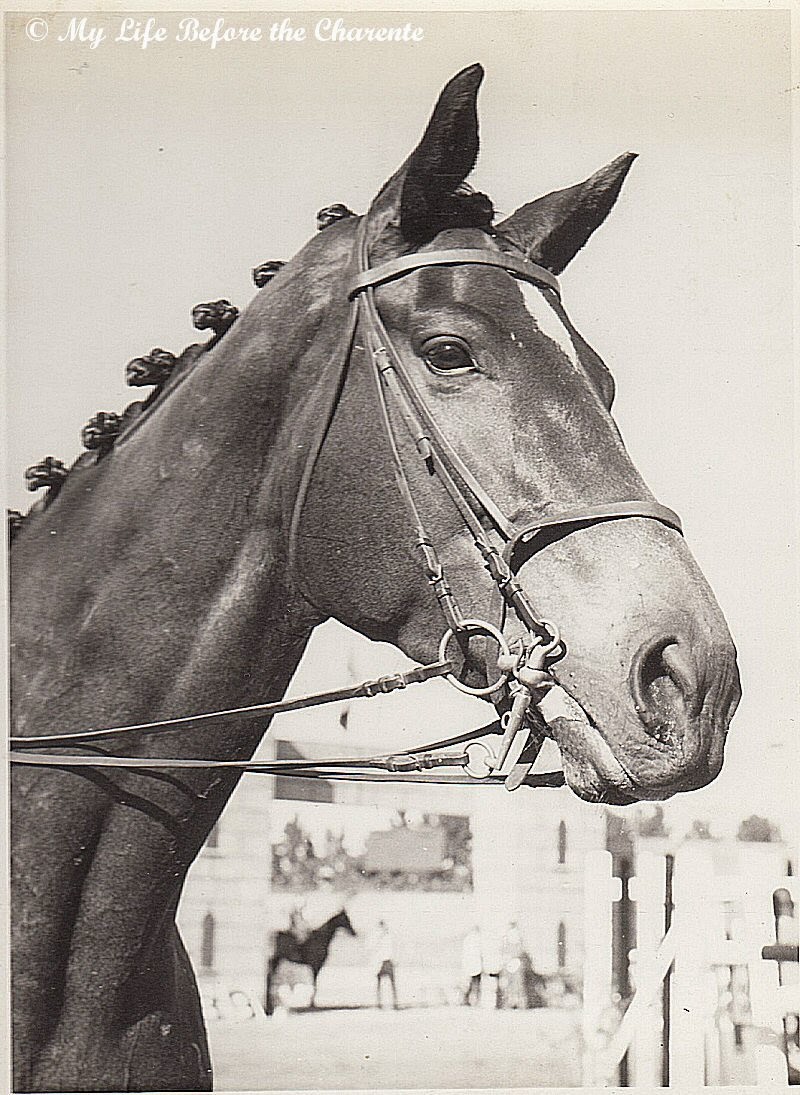 It was decided that as he was racing fit and I had little time to school him, Dad would keep him in training temporarily, and if there were any races for which he looked suitable, Dad would give him a run. I think this was an unpopular decision with the previous owners, but, as no agreements not to race him had been made, there was little they could do. The decision, I suspect, was even more unpopular when Kubla Khan won a race just at the end of the show jumping season and I was ready to start schooling him! Again I think that my Dad’s training principle of treating each horse as a separate animal paid off, and Kubla Khan retired from racing on a winning streak! 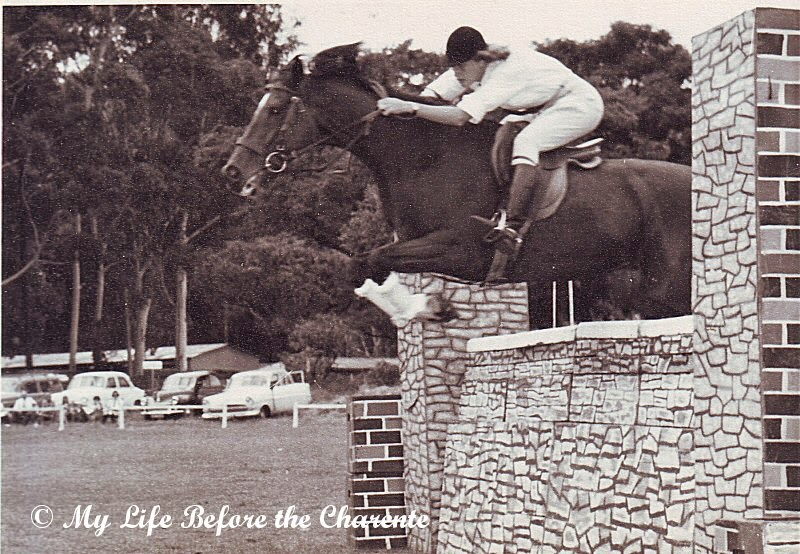 Kubla Khan took to show jumping like a fish to water; he would tackle anything and was possibly turning out to be the best horse I had ever owned!