A new show jumper and an amazing trip to Beira in Mozambique.

Sorry about the long break but time is not always on my side!!
In July 1962, the gelding ‘Mr Smith’ joined my show jumping string. We had bought him just before the Sinoia Show and the show jumping Derby that month, with the understanding that we would only take him over after the event. David Stubbs from South Africa had been booked by the seller to come up to Rhodesia for the show to ride him. To my delight, he won the Derby, but this of course made life all the more difficult for me, as I had to prove that I was able to ride him equally well!
Only one month later, 'Mr Smith' and I entered the six-bar event at Salisbury Show. "Six-bar" means a competition where riders jump six fences set in a straight line. The fences are equally spaced, the first fence being the lowest and each subsequent fence is higher than the one before.

I was over-the-moon when we won the  event, clearing just over six feet on the final fence.This was certainly the highest fence that I had yet  experienced! 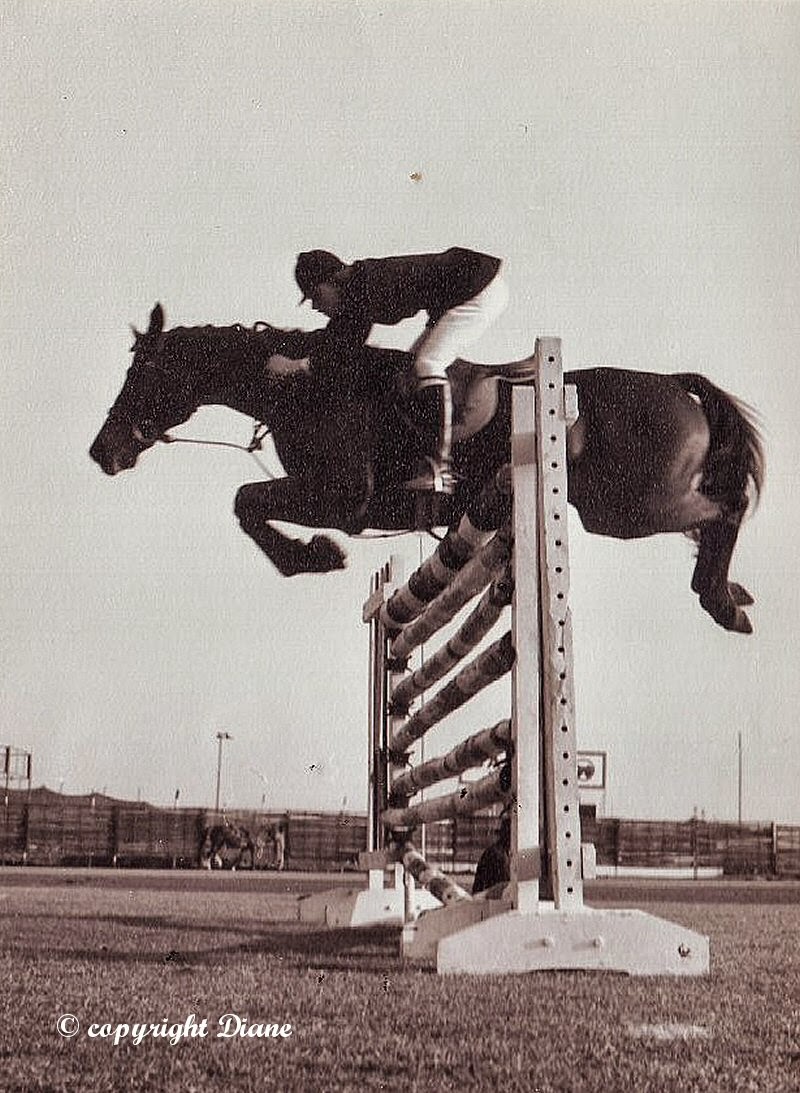 Mr Smith and myself winning the 6 Bar event.

In August, I was more than proud and pleased to be selected to jump for the Rhodesian team at the week-long International show in Beira, Mozambique. All expenses would be paid for my travel and two horses, Hy-Li-Li and Mr Smith. Mum said that she would like to come with me; naturally, she would pay for herself. The Mozambique authorities objected to that idea;  they generously insisted that Mum's expenses would be settled as well! 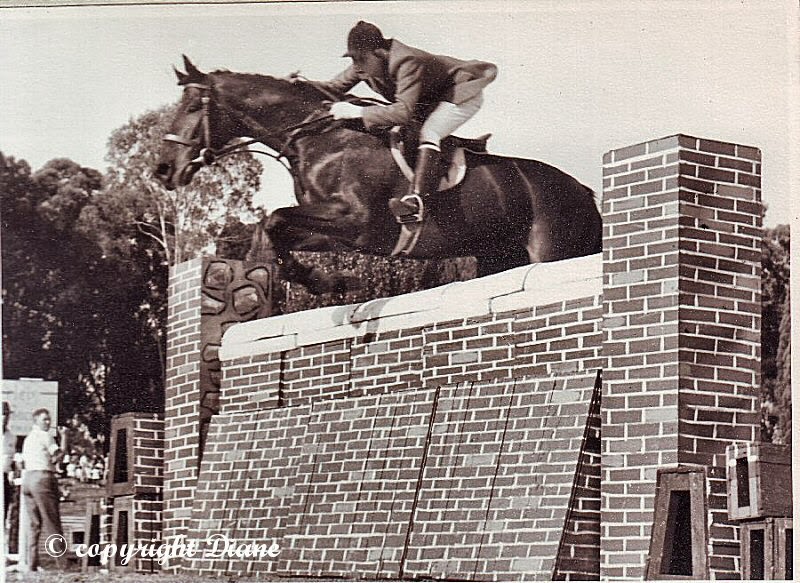 Mr Smith jumping the wall in another event at Salisbury show.

We had the most amazing trip and a show that I will certainly never forget, even though we had no wins and only places in each event. The Portuguese people were fantastic hosts and our every whim seemed to be catered for! On arrival, we discovered that all the horses had been unloaded from the train they had travelled down on, and put into spacious stables at the army base.

Our hotel rooms were ready and waiting and we were taken on a trip to see the arena that had been set up for the show. It was a large indoor stadium and the floor had been laid with thick rubber matting that had been covered with sand. This was a first for the Rhodesian team, as none of us had ever competed indoors before and I suspect it may have been a first for the South Africans as well. Three countries would be competing, Rhodesia, South Africa and Mozambique. Our first reaction was how the horses would respond to being inside, with a large crowd very close by. We need not have worried, as they all just took it in their stride, other than on one occasion which I will mention in a moment.

The first two days of the show went well and ‘Smith’ managed a fourth and a fifth place. Hy-Li-Li became the favourite of the crowd and, it seemed, of the judges as well; each time she appeared, everyone was chanting a chorus of ‘Hy-Lee-Lee, Hy-Lee-Lee’!! She obviously enjoyed all of this and pranced and bucked like she never had before, showing off to every one’s delight. In one event, where she finished seventh, she was suddenly called forward at the prize giving as in seventh place. In every other event during the whole show, only 6 places were in the line up; proof that that she was loved by the judges and the crowd too! On the third and fourth days, we were all taken off for a two day safari in the large game reserve close by, while our horses were well looked after by the army stable hands. Mum was included in this trip which a great experience as we saw masses of game including the big five of lion, elephant, rhinoceros, buffalo and leopard!

On our return to Beira, we  had the main event of the team show jumping and this fell on my nineteenth birthday! All the horses jumped well, but South Africa outstripped us when jumping against the clock, so the final result was South Africa first, Rhodesia second and Mozambique third. We all went in for the final prize giving, myself on Mr Smith who had been the perfect gentleman throughout the show. After the team prizes had been presented, we were all asked to stay in our places for a special presentation. Two of the largest bouquets of flowers I had ever seen were brought out and presented, one to myself and the other to Maria Fernandes of the Mozambique team. The brass band then struck up very loudly with 'Happy Birthday' which sent most of the horses into complete turmoil, ‘Smith', included, which was all the more difficult for me to control because of the large bouquet in my arms! With no damage done and no riders on the ground, we all managed to regain control, cantering slowly around the arena before making our way out. I discovered afterwards it was Maria’s 19th birthday as well, and she was as surprised as I was by the whole presentation!

A Mozambique magazine featured a 7 page article on the whole event, of which page one, plus a photo you can see below. I apologise for the quality of the images, but they did not photocopy well! 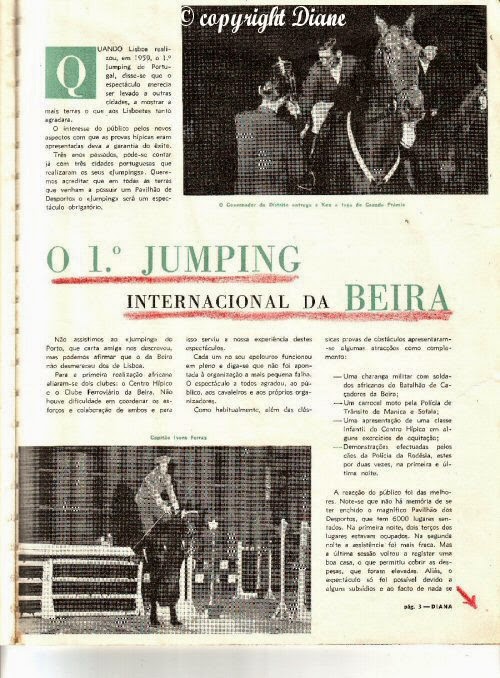 Page 1 of the article.  The person who sent it to us marked it all with red arrows and underlining. 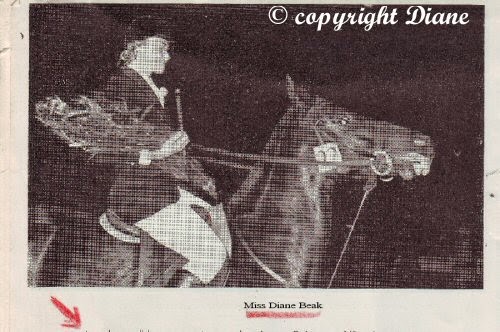 Trying to hold on to flowers and Mr Smith when the band broke out with Happy Birthday! 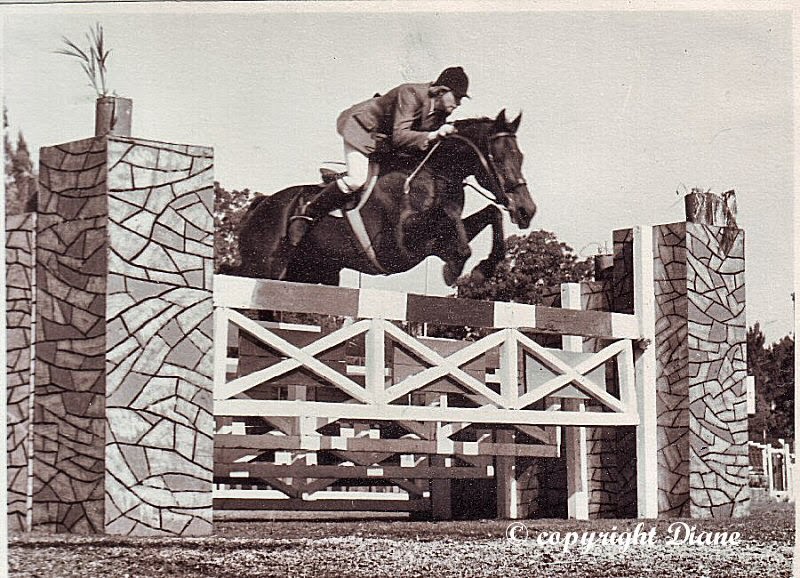 Mr Smith and myself again at Salisbury Show and below. 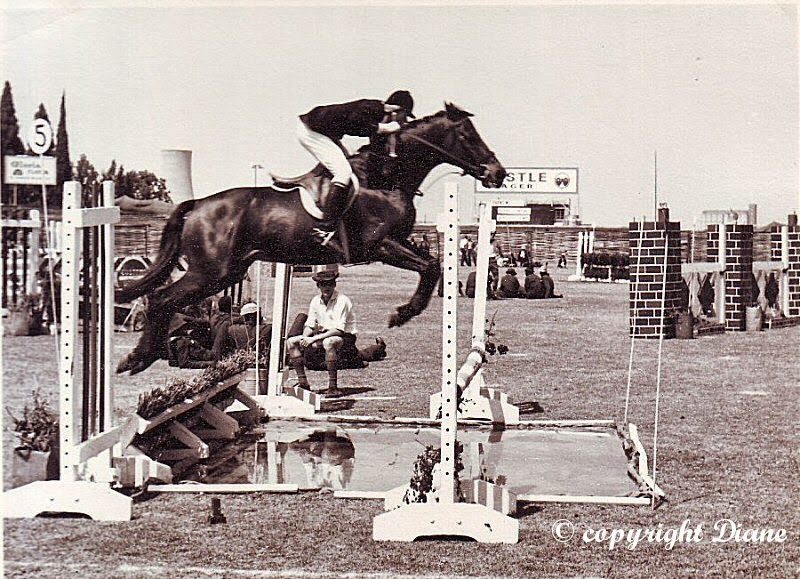 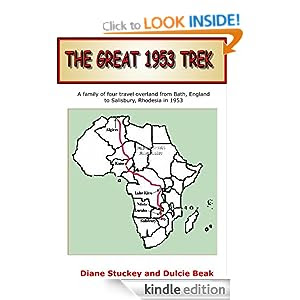